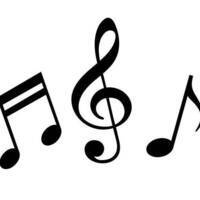 Grand Forks, ND: The University of North Dakota Department of Music will host their 35th Annual Honor Band, Choir & Strings Festival January 24-26. This festival will feature over 400 high school students from throughout North Dakota and Minnesota. These musicians were selected from the more than 850 students who auditioned in the fall. While these students are on campus, they will participate in rehearsals and master classes, as well as present a concert.

As part of the festival, two concerts will be presented that are open to the public. The first concert will be held Friday, January 24 in the Chester Fritz Auditorium. This will be a Showcase Concert of many of the ensembles from the UND Department of Music. The 1:00 Jazz Ensemble, under the direction of Robert Brooks, and the Steel Pan Band, directed by Dr. Brian Pfeifer, will perform in the lobby at 3:45 p.m. prior to the 4:00 concert. Featured on the program from UND will be the Varsity Bards Men’s Choir and Concert Choir, conducted by Dr. Dean Jilek; the Allegro Women’s Choir and Vivo Chamber Choir, conducted by Melanie Popejoy; the Chamber Orchestra conducted by Dr. Alejandro Drago; and the Wind Ensemble, Dr. James Popejoy, conductor. In addition, the Showcase Concert will feature selected chamber ensembles, including a Flute Quartet; Tuba Quartet; the Red River Trio; and a Piano Ensemble. There is no admission charge for the Friday concert.

On Sunday, January 26, the UND Honor Band, Women’s Honor Choir, Mixed Honor Choir, and Honor Strings Ensemble will present their concert at 1:30 p.m. in the Chester Fritz Auditorium. The ensembles will be conducted by UND music professors Simona Barbu, Dean Jilek, James Popejoy, and Melanie Popejoy. In addition to each ensemble performing a wide variety of outstanding literature, the band, choirs, and strings will combine to present a grand finale performance of the Battle Hymn of the Republic. Tickets for this event are $7.00 for adults, $3.00 for students/senior citizens, or $14.00 per family (2 adults, 2 children), and are available at the door.

For additional information concerning these performances, please contact the UND Music Department at (701) 777-2644.