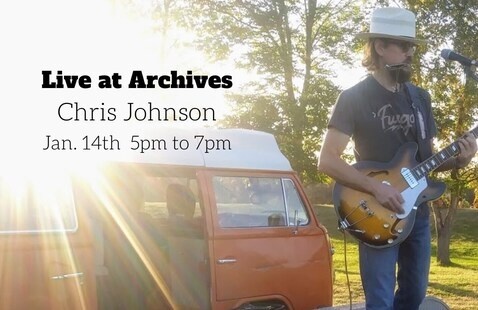 Join us for an evening of live music with Chris Johnson!

Chris Johnson settles on the fringe of the Grand Forks music scene making occasional appearances at venues such as Ojata Records. He has participated in local showcases including the Greenway Takeover Festival and The Music Box at The Empire Arts Center. He plays a mixture of folk, rock and blues, relying on simple arrangements and layered melodies.