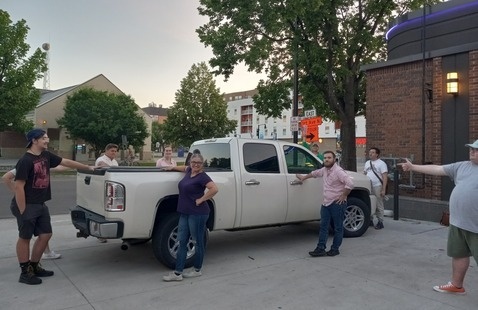 Hands on a Hard Body

For 10 hard-luck Texans, a new lease on life is so close they can touch it. Under a scorching sun for days on end, armed with nothing but hope, humor and ambition, they'll fight to keep at least one hand on a brand-new truck in order to win it. In the hilarious, hard-fought contest that is Hands on a Hardbody, only one winner can drive away with the American Dream. A musical inspired by the true events of the acclaimed 1997 documentary of the same name.

Located at the Grand Forks County Fairgrounds, enter through the main gate on Gateway. Bring a lawn chair or one will be provided! Family friendly but with occasional strong language.