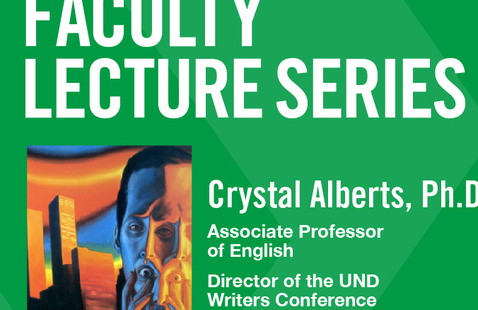 Crystal Alberts
'I’m Only Just Starting to Look: Media, Art, and Literature after 9/11’

Nearly 20 years have passed since the terrorist attacks of September 11th, but the events of that fall day in 2001 have left their mark and continue to haunt the U.S. in myriad ways, not the least of which are the pictures of the World Trade Center that continue to appear regularly and the unanswered questions they raise. Despite accusations that there is something exploitative or voyeuristic in so much staring, we all know that we cannot escape or ignore the images of 9/11. We must look at them; the question is how.

This lecture argues that rather than quickly and numbly gazing at the images of 9/11, as the media has trained us to do, we should slowly and conscientiously study them within a broader historical and cultural context, much as we would a difficult piece of art. In order to move beyond consuming them at a rate of 24 frames per second, as part of the 24/7 news-cycle, I argue that they must take a different form, like comics, as found in World War 3 Illustrated (WW3) or the fiction of Don DeLillo, which allow their audiences to follow the advice of DeLillo’s cosmopolitan art dealer from Falling Man: “[S]tudy the matter. Stand apart and think about the elements […]. Coldly, clearly if you’re able to. [….] There’s the event, there’s the individual. Measure it. Let it teach you something. See it” (42).

While both the artists of WW3 and DeLillo incorporate images of 9/11 into their work, they do so not simply to shock the public, but to require that public to slow down and critically study 9/11. As such, they directly address some of the specific complaints of nationalistic myopia leveled against post-9/11 American literature.

Rather than looking inward for expressions of post-9/11 American resolve, the comic art of WW3 and the fiction of DeLillo turn both backward and outward to find past international art that might help America to move forward into a larger, more global conversation.