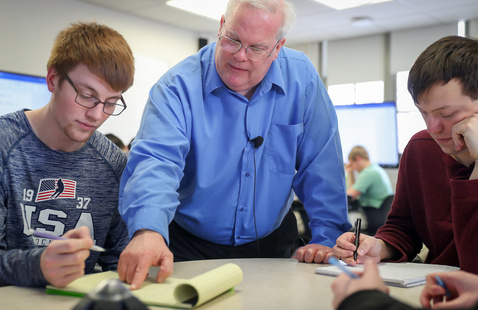 Project management is the process of leading the work of a team to achieve a suite of goals within a given set of constraints. These constraints include time, funds, personnel, and resources. While there are a wide variety of projects, there is one common theme – the client expects the project to be completed on time and within budget. The term “project” covers a wide variety of, as defined in the Merriam-Webster dictionary, “planned undertakings.” The most important aspect is highlighted in this definition – planning. The purpose of this presentation is to provide you with the knowledge and tools to 1) plan a project and 2) to manage the work according to the plan.

Wayne Seames is a Professor of Chemical Engineering at the University of North Dakota. Prior to his academic career, he had a 16-year industrial career that included assignments as a process engineer, engineering supervisor, and project manager. From 1992-1995 he was a Project Manager for Plant Automation Systems, managing a complex multi-faceted $260 million automation and controls project.

Seames earned his doctorate in chemical engineering in 2000 and joined the UND faculty that fall. He was honored as a Chester Fritz Distinguished Professor in 2011.  He has received numerous awards both for teaching and research including the 2018 UND Award for Excellence in Undergraduate Education, the 2007 UND Award for Individual Excellence in Research, and the 2013 UND Faculty Scholar Award.  He is a Fellow of the National Academy of Inventors and a former Fulbright Distinguished Chair scholar. Seames is an internationally recognized expert in renewable energy/chemicals technologies and in the environmental impacts of coal utilization.  He is a named inventor on eight UND U.S. patents and has received over $26 million in research funding during his 21-year academic career.  He is also an accomplished Engineering Educator.  His first textbook, “Designing Controls for the Process Industries” was published by CRC Press/Taylor & Francis in 2017.  He has delivered over a dozen active teaching workshops, helping over 260 academic instructors to acquire the skills and knowledge they need to advance student learning in engineering and the sciences.