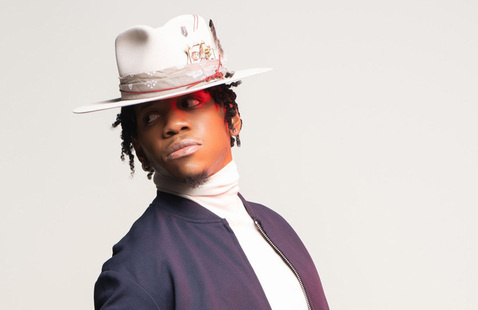 Winner of Season 12 of NBC's The Voice Chris Blue will perform at the Chester Fritz Auditorium November 13, 2021.

Chris quotes, “I remember one day watching Season 8 of The Voice thinking, there’s no way I could ever be on that show.” In 2017, Chris decided to try-out for NBC’s The Voice Season 12 and not only was he selected to compete but show after show, he captured the hearts of millions with his combination of raw vocal talent, heartfelt honesty, and brave vulnerability. His stellar rendition of Bruno Mars’ “24K Magic” and “Take Me to The King” proved not only was he ready, but that he was a natural born star. However, the true shine was when he partnered with Multi-Grammy Award Winner Alicia Keys on their rendition of Prince’s “Diamonds and Pearls”.  Just before performing The Legendary Al Green’s “Love and Happiness”, Keys shared some invaluable wisdom with her team member.