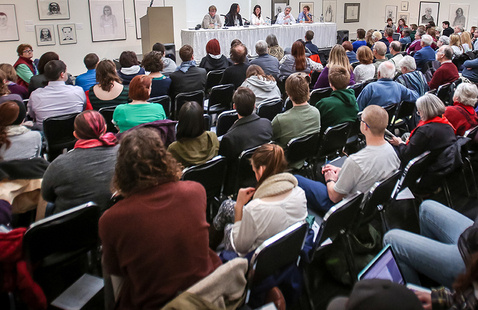 Dr. Ismail Gultepe, Arctic Research Scientist, will present a seminar titled “Fog Measurements and Prediction: Emphasis on Microphysics” on Thursday, October 22, 2020 at 3:30 p.m. via Zoom. Faculty and Students are encouraged to attend.

In this presentation, issues related to in-situ and remote sensing observations of fog and its prediction will be summarized and discussed. Fog composed of very small droplets (diameter<30 µm) or ice crystals (length<200 µm), or mixture of them suspended in the air near Earth’s surface reduces visibility less than 1 km and that is defined for aviation applications. If temperature (T) >0֩C, warm fog composed of droplets occurs. If T<0֩C, cold fog forms. When T<-10֩C, it is called as Ice Fog (IF) that is composed of only ice crystals that form due to depositional nucleation. Because of fog’s occurrence near the ground, its life cycle is affected by many physical, chemical, radiative, thermodynamic as well as dynamical processes.  Depends on location and formation process, fog is named as marine fog, valley fog, steam fog, Arctic fog, radiation fog, anthropogenic fog, etc. Therefore, because of its time and space variability as well as complex microphysics, fog prediction can be difficult using NWP models. During the presentation, challenges related to observations and prediction of fog as well as future planned work will be discussed.

Dr. Ismail Gultepe is currently an Arctic Research Scientist, Cloud Physics and Severe Weather Research Section, Environment and Climate Change of Canada / Government of Canada, Toronto, Ontario; an Adjunct Professor at Faculty of Engineering and Applied Science, University of Ontario Institute of Technology, Oshawa, Ontario; and an Adjunct Professor at Notre Dame University, Environmental Eng., South Bend, Indiana. He received his Ph.D. from St. Louis University and has been with Environment Canada since 1992.